Add to Cart
VIEW ALL

We understand that 24 hours in a day are sometimes not enough; women in Singapore are busy with their many roles in life -- daughter, friend, wife, mother, executive. This modish collection hopes to give women more time for themselves, allowing them to discover that having fabulous hair style is just a touch away. Introducing PLAY by TUFT, a collection of

Distributor for WAHL Professional. Since 1919, with the invention of the first practical electric hair clipper, Wahl Clipper Corporation has been the leader in the professional and home grooming category. Today, with over 3,300 employees worldwide, we are proud to carry forward the tradition of innovation and superior customer service that was created by L

In 1985, Tai Wah entered into joint venture with Wella AG in a manufacturing plant in Malaysia and distribution companies in Singapore, Malaysia and Hong Kong. Tai Wah has since divested all its interests in these joint ventures.

Over the years, Tai Wah has developed an extensive professional distribution network in South East Asia and China, we have since expanded and has taken a more global view of its business interests and currently service a wide customer base from all over the world.

One of the market leader in professional hair equipment 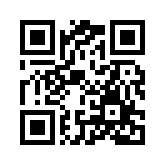